Top 10 Ways to Have A Better Marriage

The divorce rates over the years have been on a steady upward trend that people almost always expect a marriage to end as soon as it begins. While there is some truth into the concept of “nothing lasts forever.” With children, joint obligations and the daily life to be taken into consideration, most people would look to save their marriage, if not find ways to improve it and make it better so everyone stays happy. So whether you’ve been married 10 months or 10 years, there are healthy practices couples practice to mindfully tend to their marriage and ensure it remains healthy.

If you’ve been with your spouse for years, our spouse doing the “everyday” work for you and your marriage can be easily taken for granted. Things like your wife cooking a delicious meal for you and the kids can be considered as a “daily” task and is somewhat expected, but saying a sincere “thank you” every now and again can really do wonders for your marriage — and will prevent your spouse from feeling like he or she is being taken for granted. 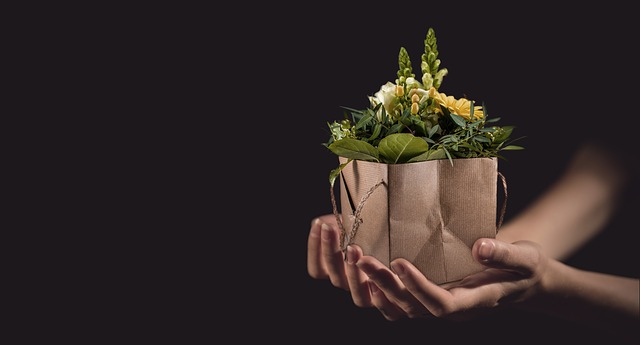 It doesn’t really matter if you’re broke or have thousands in your bank account, giving your spouse a little something every now and then can really boost your spouse’s feelings of love. It will also give you the chance to become thoughtful, which will let your spouse know you’ve been thinking about them despite the routine you have of waking up, getting to work, tending to the children, going home, and then sleep. The price tag doesn’t really matter as much as the thought behind what the gift is about, so if you’re low on budget, you can create love notes consist of post-its and leave it in the car, on the bedpost, somewhere in the bathroom, and places where you’ll know your spouse will see.

Over time, sex tends to rouse the feelings of “obligation” rather than pure marital bliss between two people in a committed relationship. Sometimes it can feel like a drag and worse, you fake an orgasm just to get it over and done with…. But is it really healthy? You can only pretend for so long. If sex starts to feel like a chore, it’s your responsibility to spice it up and find ways to make things better! A quick touch of romance here and there, by lighting up candles for example, can really make your spouse feel good and bring a sense of renewal. Changing your pace can also help. If you’re used to having a quickie because of time constraint, you can schedule sex where you take time to add some sexy music in the background and hold off on orgasm for as long as you can and make slow, passionate love. The same principle can be applied if you’re used to having a quickie here and there. Variation is the spice of life, one philosopher said, which brings us to the next tip….

Refuse to let boredom take over your like a plague that slowly eats away at your marriage! Sure, you may both feel like you need more than 24 hours in a day just to get everything done, but remember the saying that goes it’s all a matter of prioritization? Set your priorities straight and your marriage should be high on the list. You can set a budget to allow you and your spouse for a quick weekend trip and/or a family outing to bond with each other. Time flies so fast, so the sooner you set a budget and schedule a time for an activity, the better!

If you’ve been with someone for so long, it’s easy to think that everything is all good and you’re all gonna live happily ever after. But just like every other thing, a marriage should have its regular assessment of how things have been and what you both can do to improve it, and make the necessary adjustments. It’s easier said than done, of course, since you may or may not have the objective view of your own marriage because you’re too close to the situation, but this is what counsellors are for. The alternative is to communicate with your spouse and get some one-on-one time with him or her to talk about stuff you both may not get a chance to talk about because of your busy schedules.

Remember, the concept you both should have is “you and me versus the problem” instead of “me versus you.” Couples can often lose this concept in the throes of angst, but with mindfully trying to fight fair, your marriage as well as the issue on hand have a far better chance to be resolved than otherwise. Letting emotions overrule you can lead to disaster. If you feel this is unavoidable, it’s important to take a step back and allow a little space between you in order to not fly off the handle. In fact, giving just the right amount of space can often be beneficial…

4. A Healthy Amount of Space

Just because you’ve tied the knot doesn’t necessarily mean that you won’t have a life outside the marriage and/or kids. Men are known to have the so-called “man cave” which is known to women as “me” time. Again, this doesn’t have to change just because you’ve exchanged vows — as long as it’s done in moderation and doesn’t take over the marriage and quality time with your spouse and kids. The “man cave” or “me” time could be anything from hobbies of your choosing to going out with friends every once in a while.

For the most part, couples often end up unknowingly making a problem worse or make a mountain out of a molehill simply because he/she pushes the issue too much. There may be a cliche that says to never go to bed angry, but oftentimes, studies show that this is an unreasonable expectation in real life. Why? It’s because one or both spouses in the marriage most likely have run into challenges on his or her own. Work and other stuff gets in the way. Personal problems get in the way. Although it’s unhealthy to bring this factor into your marriage, the reality is it is a part of both your lives and when combined together with a marital discord, can often lead one or both of you feeling drained. And having an argument while you’re both drained is the worst, so don’t do it. Ever. Leave whatever issue that needs discussing at a certain time but don’t hold off too long, either. Set a date and follow through. 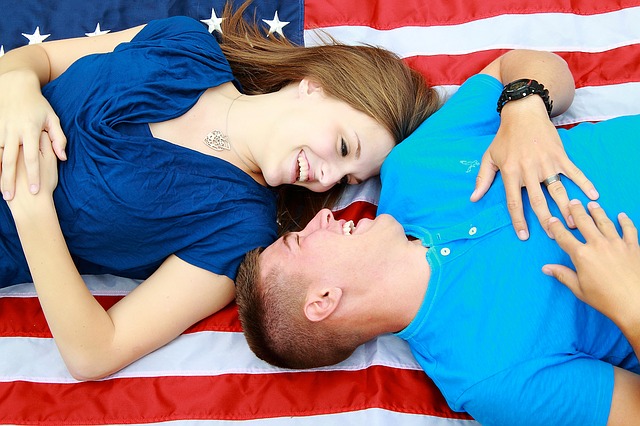 Oftentimes, when you’re used to your spouse always being there for you, the times when they fail to do so for whatever reason, can often tend to lead you to feelings of huge disappointment and doubt. While it’s also fair to see the reasons why your spouse has let you down, it’s also important to see that your spouse is only human. Decide if it’s all right to let the issue slip and give your spouse the benefit of the doubt. Downright accusation can strain your marriage.

1. Have a Solid Financial Goal

Assuming one partner takes on the burden for the rest of the marriage for the rest of your lives will not work. Depending on the who’s carrying the burden, that person will almost certainly feel like he or she is being used if the other spouse contributes next to nothing, monetarily. This rule is an exemption if you’re a billionaire and you never have to work a single day in your life, so you can easily give the money away to your loved ones, but for the majority, this isn’t often the case. Relying on someone to support financially is breeding ground for resentment later on in the marriage. You may disagree with me, but having one person support the relationship is a 50s mentality… and it’s time to catch up with the times, won’t you agree? With this said, it’s important to have means of a financial source other than your spouse, so you both contribute to the marriage in some way, shape or form.

Annie has spent eight years in helping people recover their marriages. She specializes in one-on-one coaching but also does couples therapy from time to time. She is also a devoted mother of three kids & a loving wife to her husband, Craig, and has been happily married for 15 years.

Surprising Ways You Can Save Your Marriage

The Truth About Relationship Breakups and Divorce

Research: Common Traits of Couples Who Go the Distance

Being Stubborn in Marriage Can Lead to Success

Potential Obstacles: Got what it takes to fight for love?

You Are Not Alone: Get Support from Trusted Sources