The Truth About Relationship Breakups and Divorce

Dealing with a breakup, especially something as complicated as a divorce, are known to produce a psychological, academic, and socioeconomic effects that can shake up the worlds of one, two, or more people, especially if children are involved. As much as we don’t want any of this to happen, reality does indeed bite when you least expect it.

The United States alone has a staggering 53% divorce rate. It’s the least highest compared to Belgium, which has a world breaking percentage of 70% and Portugal, Czech Republic, Hungary, and Luxembourg, which are all competing to get the second spot at around 60% from each country.

The latest studies show that these rates are ever increasing. People are breaking up every day.

I guess it would be then safe to say that people often choose the easy way out instead of fighting for their vows. At this day and age, you can’t help but ask yourself, “Whatever happened to love?” 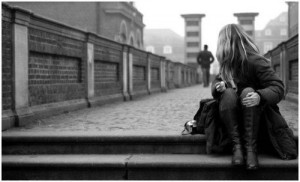 Relationship Breakup Tip #1: Refuse to be a Statistic!

You’re not led to this website by chance. You’re here because deep down, whether you’d want to admit it or not, you know that you refuse to be a statistic! If that’s the case, then good on you. Now read on…

Fact: Emotions Can Still Be Rekindled

I know this for sure since I’ve coached many men and women get back on their feet and put their relationship back on track. They come to me with tears streaming down their face, thinking it’s a hopeless case.

You don’t have to give up right away, however, if your relationship had been significant – which I imagine it is, since you two exchanged vows – then feelings don’t just get switched off in an instant. Believe it or not, regardless of who initiated the breakup or filed for a divorce, there’s bound to be lingering feelings still.

Your spouse may just have been taking a timeout (regardless of what they say) and in this case, don’t take it personally! It’s a mistake to treat it as a permanent break right away and abandon ship before even so much as trying to work things out. In other words, don’t give up too soon.

The only downside I could think of in dealing with a breakup or when trying to mend your marriage, is you have to be willing to go at it alone while your partner is down or out. Be your partner’s strength in their times of weakness (this is what you signed up for when you got into this marriage) – and they’ll be thankful for it, eventually, when all this chaos –not necessarily the marriage – is all over. Do not lose this balance!

Don’t get me wrong. This isn’t to say that you’re secretly scheming something that’s borderline manipulative – not even close. The things covered “Mend the Marriage” (for men’s link, click here; for women’s, click here) concept is merely a proven system to help you help your marriage. It’s so much more than that, really, but overall, I dare say it puts you be in the right track to rekindle your marriage that has gone off track. Breaking up doesn’t have to be an option really.

If  you’re one of the few lucky ones who are sensitive enough to know that something is off and want to have an approach that’s as nowhere costly as hiring a counselor, this book is for you. Similarly, if you’ve heard the dreaded phrase from your partner asking for space, or worse, filing for a divorce, and you happen to be led to this site, consider yourself lucky because you’re given a chance to take action now.

Annie has spent eight years in helping people recover their marriages. She specializes in one-on-one coaching but also does couples therapy from time to time. She is also a devoted mother of three kids & a loving wife to her husband, Craig, and has been happily married for 15 years.

Top 10 Ways to Have A Better Marriage

Surprising Ways You Can Save Your Marriage

Research: Common Traits of Couples Who Go the Distance

Being Stubborn in Marriage Can Lead to Success

Potential Obstacles: Got what it takes to fight for love?

You Are Not Alone: Get Support from Trusted Sources